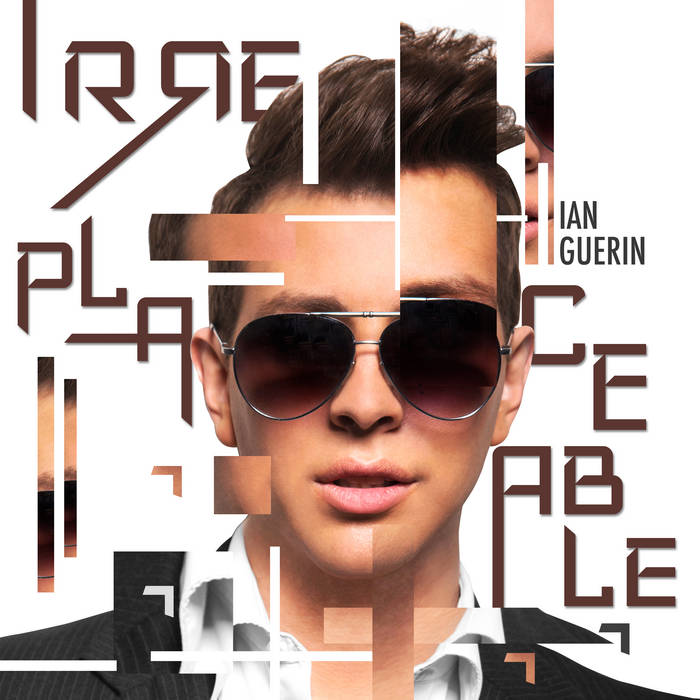 Irreplaceable is the second studio album by R&B recording artist & songwriter Ian Guerin. It was released on March 22, 2019 by Streetwalker Entertainment. The album deviated from Guerin’s debut album's happy pop sounds & served as his crossover to Contemporary R&B.

Irreplaceable departs from the singer’s former lyrical style (Madsexy era), as it focuses on the writing format he only sampled on previous releases ‘New V.I.P.’ (2012) & number one single, ‘Pop This Jam’ (2014).

Musically, Irreplaceable features influences from a range of genres such as R&B, soul, gospel, adult contemporary, pop, & funk, as well as zesty vibes from different decades.

Lyrically, Irreplaceable is a journey through reminiscence, introspection, empowerment, & emotional growth as a consequence of experiences through the ups & downs of love, life & living. The singer described the album as both a journey & a journal.

“Writing these stories helped me understand things better. I came to the conclusion that these experiences molded me into who I am, & I like me. They made me feel alive & find peace within’; I’m hoping it will do the same for those who listen, because I know we’ve all been around, & it hurts to dare to say & do things, & to love people, but it hurts more not to.” – Ian Guerin

Ian Guerin is an R&B/Pop recording artist, songwriter, producer, that has been doing music since the age of 9.

“His honesty goes beyond all smoke and mirrors. He tells the truth no matter how much it hurts.” – The Hype Magazine ... more

Bandcamp Daily  your guide to the world of Bandcamp

Tropical and transportive tunes with guests Coco Maria and Anchorsong.